Took the twins to Newcastle on Tuesday and there was an artificial beach on the banks of the river Tyne. Seen this sort of thing in France before but not over here but apparently there was one last year as well. 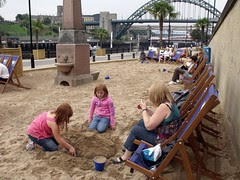 After a break for an ice cream, the girls went back to playing in the sand and I popped into the closest pub for a beer. The Broad Chare, they had two draught beers I hadn't had, both from the local Wylam brewery and they also had a large selection of bottled beers from around the world. 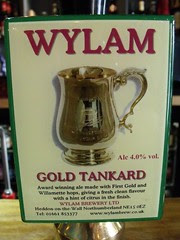 Wylam, The Writers Block from England
4.1% hazy gold colour with a thin head, strong fruity citrus hop aroma, very hoppy taste. Although I do not like my beers to be too hoppy, it was a hot sticky day and this was very refreshing. 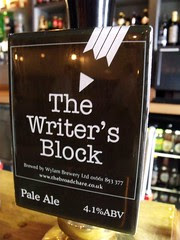 Had a trip to Beamish Open Air Museum with the Twins last week and popped into the Sun Inn. 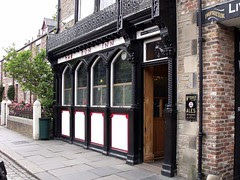 As usual the staff were dressed in period costumes and serving beers, brewed on site in the Stables micro brewery by expert brewer John Taylor. 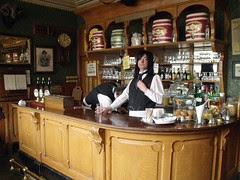 I have had most off the beers they brew but there was one I hadn't had,

Stables, Bell Tower from England
5.0% dark brown almost black colour with a thin head, burnt toffee aroma, burnt roasted malt taste. Had it with our picnic, over the road in the park sat by the bandstand. 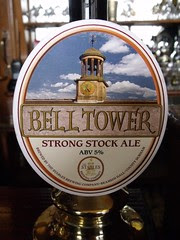