By the time we left for Manchester, we didn't have time to do any sightseeing on the way but we did stop off to get a photos of the Menai Strait bridges. Never know when we will ever be back this way/ 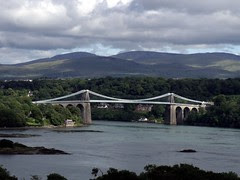 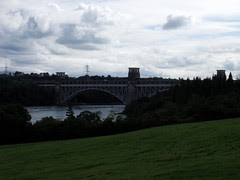 By the time we arrived at the hotel we barely had time for a bath and change before it was time for some food and a drink.  There was a band on in the bar but as there weren't many people in there, so we didn't stop too long.

After a fine breakfast in the hotel, I want out to the car to set up the sat nav, for a sightseeing drive home, Hebden Bridge and then Saltaire.  Dot went back to the room to finish packing. 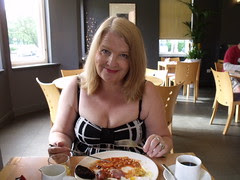 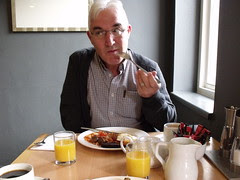 I was just finishing off, when Dot phoned to say, reception had phoned and we should have been out of the room ten minutes ago at 10:00. Which is odd, because, on the way back to the room the previous night, I stopped at reception to book the breakfasts and asked what time we had to checkout. I was informed that it was 11:00, when I told the lady on reception this, she said it was a mistake and that we did not need to rush. 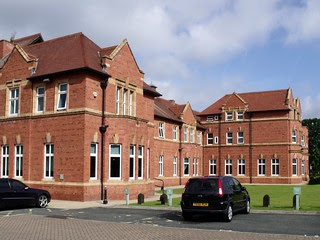 We were almost ready to leave anyway and were soon heading for Hebden Bridge, once off the M62 we travelled along some very narrow roads but did see some beautiful views.  We made several stops to take bridge photos, before we reached Hebden Bridge. 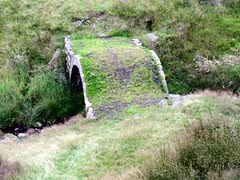 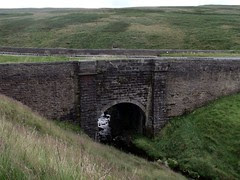 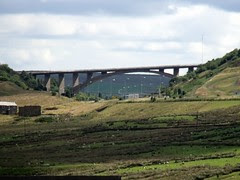 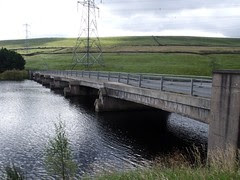 Arrived in Hebden Bridge and found it very hard to find a parking space. But we did find one eventually, there was a second hand/antiquates market on, taking up a lot of the parking spaces.

We had a good look around the market and shops and even bought a couple of presents for upcoming birthdays. I had not realised that Hebden Bridge had been flooded earlier in the year and many premises, were either closed or just reopening (I believe that it had been flooded again since our visit). We then looked for the canal and had a very short walk along it. 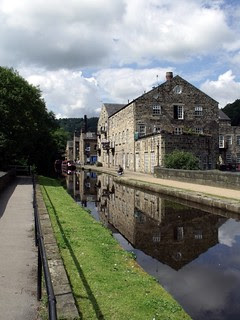 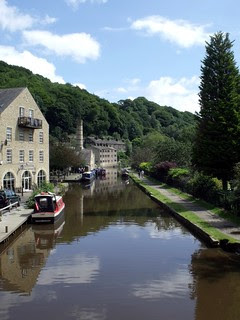 All the time we were walking I took photos of bridges. We bought sandwiches for lunch which we had, sat by the bridge from Hebden Bridge, listening to a very good busker.  Yet again it was very sunny, we have had some very good luck on this trip. 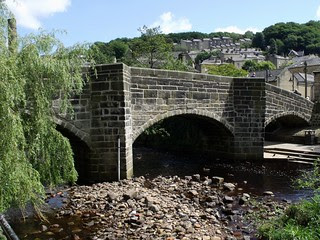 After lunch we got back on the road heading doe Saltaire, why Saltaire? Here is a quote from their website,

"Saltaire Village is near Bradford in West Yorkshire, England. It is named after Sir Titus Salt who built a textile mill and this village on the River Aire. In December 2001, Saltaire was designated a World Heritage Site by UNESCO. Saltaire is not a monument. People live here - so it is open all the time!"

they also have a brewery.

On the drive there high up on the moors miles from anywhere there was an ice cream van in a lay-by. We stopped and bought one, we also stopped a bit further on to tack a photo of a viaduct. 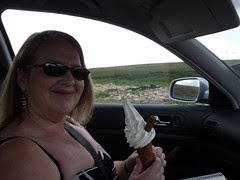 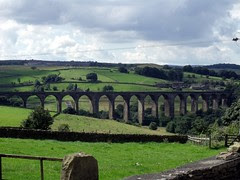 On arrival in Saltaire, we had even more trouble parking than we did in Hebdon Bridge but we managed eventually.

We walked over the railway bridge lokked in at the train station and continued down to the canal and river. 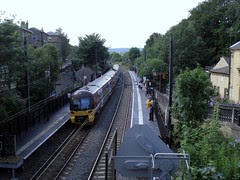 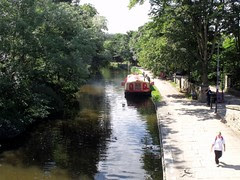 At the river I popped into the pub to ask where the Saltaire brewery was, well it isn't in Solitaire. It's next door in Shipley, further along the canal but not too far to walk, I was informed. 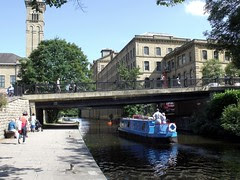 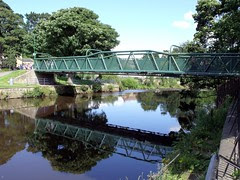 We didn't have anything else planned, so a walk along the canal in the sun seemed like a nice idea.  So that's what we did and as usual, I took bridge photos along the way. 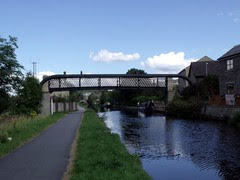 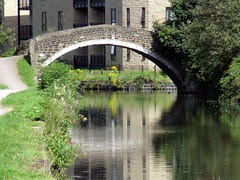 We walked for about half an hour but didn't come across any sign of the brewery, so we turned around and headed back. The brewery is actually about another ten minutes walk from where we turned back.

Back in Saltaire, we crossed over the river Aire and had a short walk in the park, before heading back towards the car park. We had a look in some tourist shops and I bought some Saltaire brewery beers to take home.

The Beers
Posted by ralph-dot at 17:08 No comments:

When Titus Salt built Saltaire (the famous model village, now a World Heritage site) in 1853, it did not even include a pub, now it has a brewery named after it.  After our visit to Saltaire and buying some new Saltaire beers, I thought I needed to review them all together.

These are the Saltaire beers I have had so far. 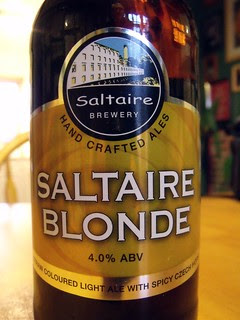 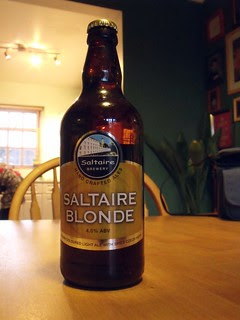 4.0% gold colour with a thin head, nice fruity aroma, and a good citrus hop taste not a bad beer. 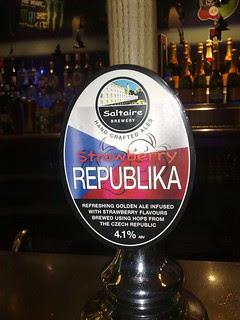 4.1% gold colour with a thin head, slight strawberry aroma, taste is more like apricot and not so much strawberry, it is not nice at all, I can see how some would like it but defiantly not me, never again. If you are wondering why I bought it, the price was good and I did not read the label. 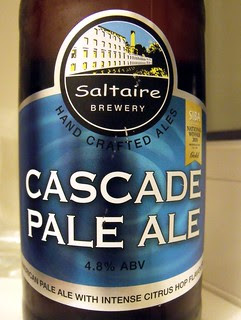 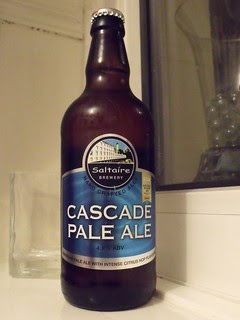 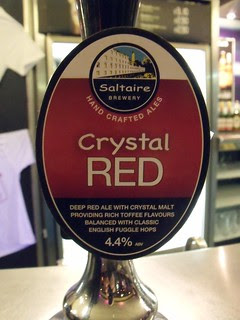 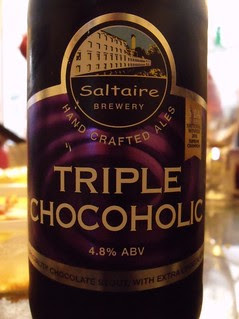 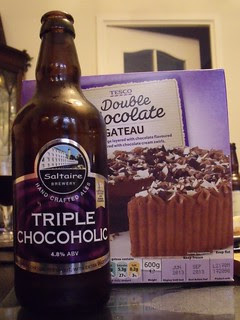 4.8% black with a nice head, roast malt and chocolate aroma, the taste is bitter chocolate. 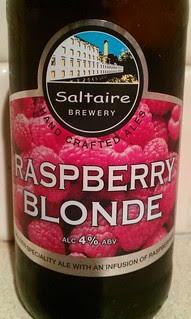 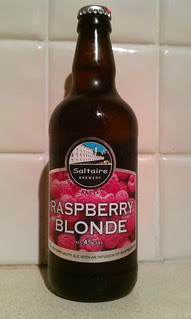 4.0% gold colour (not red or pink) with a nice head, red berries maybe raspberry aroma, some raspberry flavour in the taste.
Posted by ralph-dot at 17:08 No comments: