We booked the motorhome in to the Caravan Club site at Stockton for bonfire night, that way we didn't have to bother with all the traffic, before and after the event. We arrived early and had a walk into Stockton centre where we bought lipstick (well Dot did). While trying to find the Boro match on my phone radio, I realised that it was the late game and on TV, Sky Sports 2. I always take the satellite dish away with us, but as we were only away for one night I didn't bother, how stupid can you get. However you can now get Sky on your phone or laptop, so I had to pay for extra internet access at the campsite, to get it on the laptop.

Jonathan, Lorraine and the boys arrived at half time and we had sausages, beans and baked potatoes, while we watched the second half, before setting off to see the display. Much warmer than past years and I saw much more than I usually do, as I didn't try to take photos for a change. A very good display, a big thank you to our local authority for still supporting things like this.

Then it was back to the van to finish the beers we had started with our supper, the first was an old favourite but bought for £0.69/bottle. I got it on offer from B&M Bargains, when asked how many I bought, I said all of them, Jonathan had done the same in his local B&M. I had eleven bottles, Jonathan had nine bottles, I won, the beer in question is, 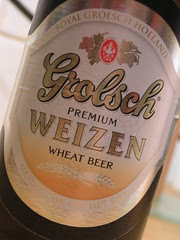 5.3% cloudy gold colour with a thin head, smells like and tastes like a good German Hefeweizen, banana in the aroma and that wonderful yeasty wheatbeer taste, strange that it's Dutch then, well done Grolsch.

The Grolsch was that good we only tried one other beer, a new one for us, and it was also on offer at £0.79/bottle, 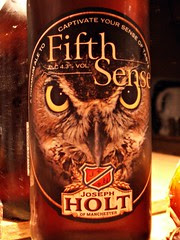 4.3% amber colour with a thin head, floral aroma, slightly sweet fruity taste, not bad.
Posted by ralph-dot at 21:46 No comments: