I had a truly horrible beer last night, so I am going to have a rant about messing with beer and the people that like them.

I am not fond of some styles of beer, Pilsner and Stout are two but I can and will still drink them.

But some beers that are deliberately messed with, are just wrong and so are the people that drink and champion them.

First and the worst

I will start with these, as they are the worst but what are they. As far as I can tell that are made from, presumably good beers, that are deliberately soured, using aged off beer or Lactobacillus (a lactic acid bacteria) to produce a foul tasting product that is still called beer.

Here is one example, with a warning

Brouwerij Rodenbach, Rodenbach from Belgium
5.2% Sour Ale very sour and vinegary, not nice at all, had it on draught and it was bad then but I was convinced to give it an other go, it was the wrong decision. It tastes like Cameron's Strongarm when the barrel has gone off. Just ask anyone for North East England what that is like. 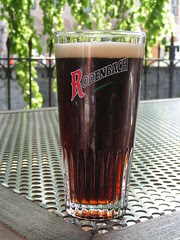 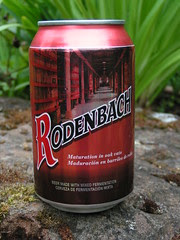 Hoppy beers are nice, for example IPA is a well loved beer worldwide, so why mess with it. It seem to have come from the USA, where as an over reaction to years of tasteless beers, beers are now being over hopped. Its not just the USA doing this, I had a really bad one in Belgium. There is just no need for is, you do not need to over hop beer.

Here is the one I had last night

BrewDog, Tesco Finest American Double IPA from Scotland
AKA, BrewDog Hardcore IPA, 9.2% deep amber colour with a very thin head, sweet citrus and blackcurrant aroma (dont know what citrus though), taste is hops hops hops, the USA would love it, I didn't it was overpowering and foul. 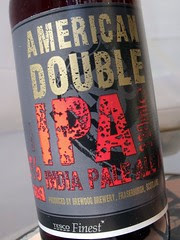 I do not mean beers that have a fruity taste, I mean beers that are brewed with fruits or have added fruit in them. They are usually too sweet and sickly. To make things worse, some of them are also soured. Although fruit beers are not as bad as the other two, as many ladies that would not normally drink beer like them. If people want fruit in their alcohol, there is always Pimms No 1. 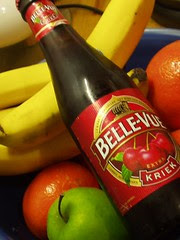 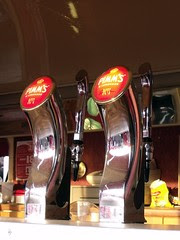 There is a good article in the, Drinking Made Easy on line magazine, all about Polish beer.   The photo in the article is fantastic.

Grupa Zywiec, Warka from Poland
5.7% gold colour with no head, slight malt aroma, not much taste, I thought it was an ordinary lager, although the article rated it was one of the best. 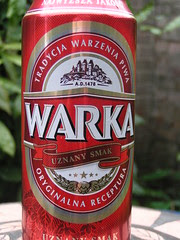 No Friday out again but Saturday was BBQ time, sun out for a change, just a usual, on, off, summer in the UK.

Some good beers and good food (I made the food), unfortunately, nothing new but some very good old favorites. Especially a couple of dark beers, one a Czech Dark Lager and one a Belgian Brune. As it was a BBQ we also had some good old British caned beers to get started and to finish a Belgian Blond.

The Dark Lager has a very famous name but is nothing to do with its namesake
Budweiser, Budvar Dark Lager (Tmavý Ležák) from the Czech Republic
4.7% very dark with a good head, roasted malt aroma, roast caramel taste, not bad. 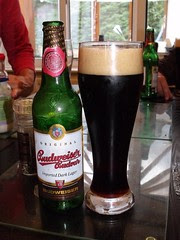 Some of the others