Finishing off one of my walk blogs from last year, I found that the two beers I had on the walk had no write-up. So I will have to put that right

I had the beers in the Green Dragon at Hardraw, as I said on a walk from Hawes last July, when it was sunny for some strange reason.

First I had a Yorkshire Dales, Dragons T'ale from England 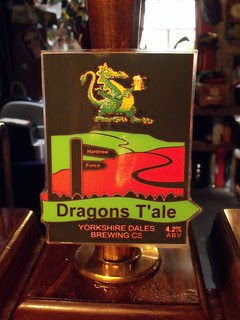 4,2%, It is that long ago I have no recollection of what this was like, I can not find it on the net either, so I do not suppose I will ever see it again.

Then I had a Yorkshire Dales, Nappa Scar from England 4.0% amber colour with a good head, fruity malt aroma, nice fruity bitter malt taste, not 4.8% as I have seen it reviews.
Posted by ralph-dot at 19:36 No comments:

Where to go on the way home? The Olympic Torch Relay, was due in Barnard Castle that afternoon and we had already thought about a visit to Barnard Castle, so Barney it was.

After another Full English breakfast (I must stop eating greasy food), we drove straight to Barnard Castle and as we were very early for the Torch Relay, we got parked down by the bridge, where we had intended to. 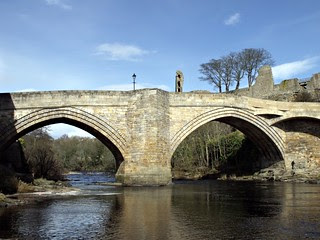 From there we walked the long way, along the road up into the centre, where, after a quick look in the shops, we made for the tourist information to find out the Olympic flame's route. The route would take the flame up and down the high street so anywhere along there, would double the chance of a good view.

We sat in the sun next to the castle for a while before getting board and going back to the shops, where I found several new beers but didn't want to carry them round all day. Dot got a snack while I went the the fish and chip shop for my lunch.

It was still over two hours before the flame was due, so we went for a walk by the river Tees. It was a walk we had done twice before, so knew we had plenty of time.

As we walked back up into town the crowds were building but we noticed that next to nobody had picked a spot on the old buttermarket. We knew the flame would pass there twice, so we claimed a space in the sun. It was still an hour to go but we were sat in the sun with easy access to ice cream. 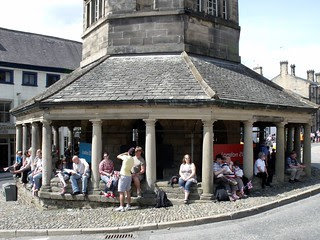 The police were very friendly and even entertaining, the sponsors buses also kept the interest up. Eventually the torch bearer came in to sight and the now very large crowd cheered, I was tacking photos and missed most of it. 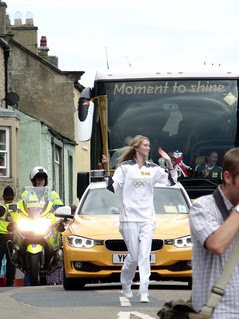 Afer a short while, a different torch bearer was coming back the other way and then all too soon it was all over. 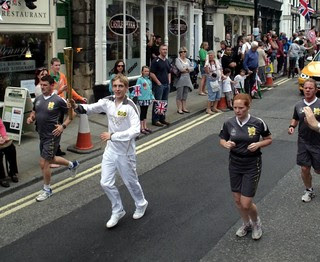 We sat in the sun next to the castle again and waited until the roads reopened and the traffic died down, before going back to the car. In the end, I forgot to go back for the beers I had found.
Posted by ralph-dot at 15:59 No comments:

A day to go for a drive, we did have a general idea that we would head for Alston but that was it for the planning.

After a very nice full English breakfast, we set off on the road, first stop was a picnic area just of the A689, that Dot remembered from her childhood. It is a stop for walking to Low Force, never been to Low Force but didn't fancy it today (too much beer the previous night and too much greasy food for breakfast).

As we passed High Force car park, Dot convinced me to park up and have a walk to the falls. It was £2.00 to park and £1.50 each entrance to the falls, I would rather park free at the hotel and pay for a beer but it was too early for that.

We have been to High Force many times and took many many photos but it is a nice walk and an impressive waterfall and gorge. It started to rain as we got to the falls but by the time we got our waterproofs on it had stopped and we ended up sat in the sun for a while (I was feeling ill, see above). 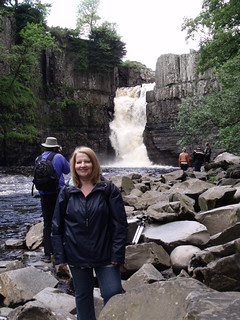 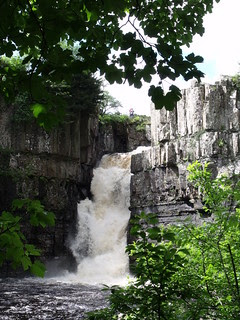 We continued our drive towards Alston, stopping occasionally for photos, just over one bridge we pulled into a lay-by where two minibuses were already parked. I got out and walked over the bride to see if there was a good shot, I was surprised by what I saw looking over the parapet. Under the bridge was a waterfall and there was a group of people abseiling down it. I want straight back to the car to get Dot.

The only way we were going to get a photo of all this, would be to go down into the valley but neither of us had brought our walking shoes. The path down was rather steep and wet but we managed and it was well worth it for the view. 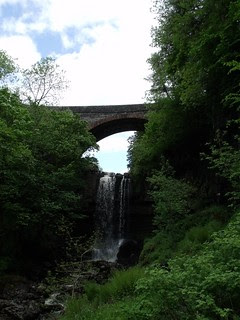 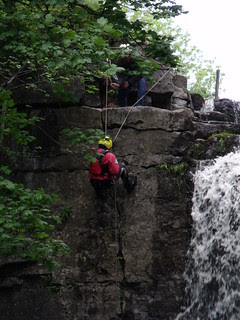 It would have been a perfect place for a picnic but unusually for us, we hadn't brought one. So we slowly made our way back up the slippery path to the car. Where we did have some orange juice to drink. 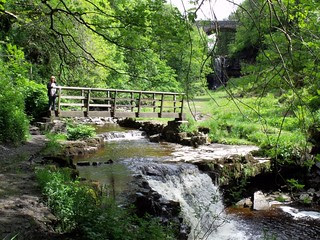 Arrived in Alston but there was nowhere to park on the high street, so we got parked at the old railway station. The railway is now a tourist ride, we did it a few years ago and it was very poor but now it has been extended. I do not remember it being a a narrow gage railway, shows how the mind can play tricks with your memory. 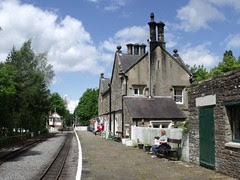 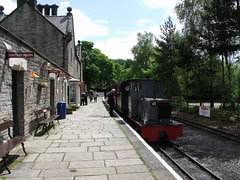 We didn't go on the train but thought it could be a good idea to come back with the girls during the summer holidays.

Even though I was still feeling unwell, we walked up the bank into the centre, Alston was practically deserted. The chip shop was open and a few gallerias and small shops but all the pubs were either shut down or closed for the afternoon and there were empty shops. The Co-op was open and doing well though, we got water, crisps and some scones for a snack, we were going to eat in the hotel tonight. Also I did not find any new beers. 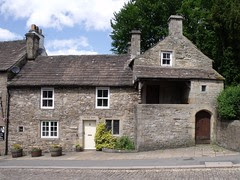 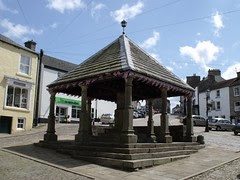 After the walk, we drove along the route of the railway, taking photos we went but when we ended up in Northumberland, we thought it would be a good idea to turn back.

Back at the hotel we booked a meal but wanted to eat early, as we needed to find somewhere to watch England play. We were informed that if we ate in the bar area instead of the restaurant, they would set up a TV so we could see the game. We agreed and had longer to get washed and rested. 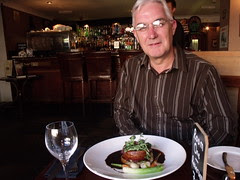 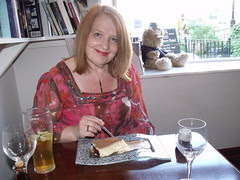 The TV was right next to our table, so we had a good view, good food and good beers to go with it. We are not big on eating out in restaurants but I enjoyed doing it for a change. 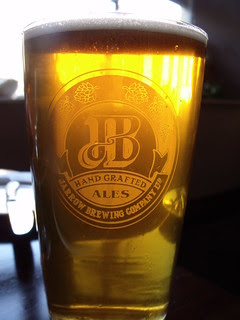 Again I had too many of these.
Posted by ralph-dot at 15:11 No comments: