Had too many Leffe last night and have a very bad head today. 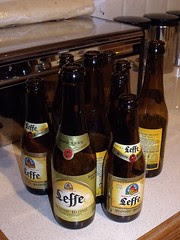 Had a busy weekend

Friday, in the Smiths with Trev and Pat as usual but for a change also had food in there, it was,  two main meals for £10, so we had sliced peppered beef with vegetables and home made chips. Unfortunately it was just the same old beers though.

Saturday, visit to Jonathan and Lorraine's for a BBQ, only it rained so we had it inside using the grill but it was very nice anyway. We did however have three new beers, although one was only a renamed beer and we also had a few old favorites.

I have already reviewed two of them Broughton, Greenmantle Ale and Tirril, Red Barn but the third one was,

Wychwood, Scarecrow from England
4.7% amber colour with a thin head, sweet caramel aroma, nice toffee and vanilla taste.
Apparently the export name for, Wychwood, Circlemaster, if it is the same beer, why did I like this and not the other. 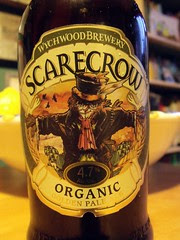 Sunday, Fathers Day, is there a better excuse to go to the pub, so after visiting my Man and Dot's Mam and Dad, we met up with Mick and Bren in the Fish, for a beer.  We had more that one and we also won the quiz, it was a good night.  There was also a beer that I had no photo for, even though I have had it before,

Camerons, Best Bitter from England
3.6% amber colour with a good head, sort of a weaker version of Strongarm but still very good. 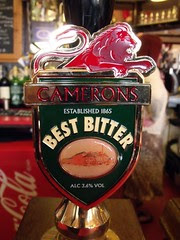 As promised the bottled beers from our Cumberland Trip. All are for the same brewery and all nice. 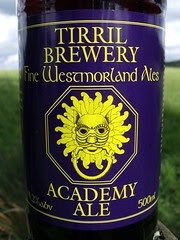 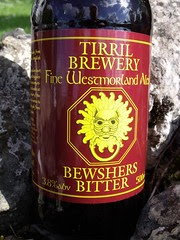 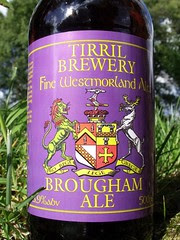 Tirril, Old Faithful from England
4.0% light amber colour with a thin head, aroma is hops with a citrus hop taste. 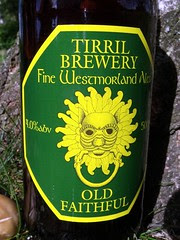 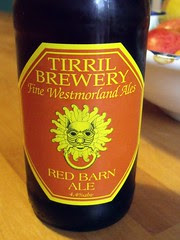 Reviews of the new beers we found on our four day trip to Cumberland, a full blog of the trip is HERE (well it will be when I do it).

As in Northumberland we were a bit out in the wilds but managed to find a few more new beers including five new bottles from the campsite shop. All of these beers were very drinkable, I will start with reviews of the three draught beers.   Bottles to follow very soon. 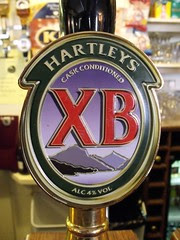 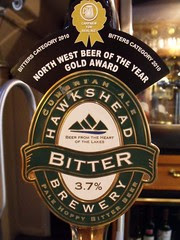 Reviews of the new beers we found on our four day trip to Northumberland, a full blog of the trip is HERE.

We were a bit out in the wilds so didn't find many new beers but here are what we did have, two good draugh beers and a dodgy one, plus an indifferent bottle I had wen we got back at home. 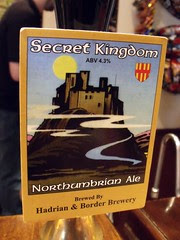 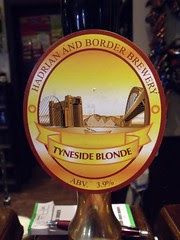 Northumberland, Bomar from England
5.0% amber colour with a thin head, bitter fruit aroma and a dry bitter taste, not at all nice. 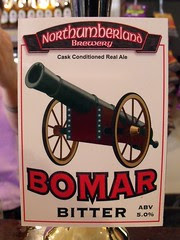 Broughton, Greenmantle Ale from Scotland
3.9% red colour with a thin head, malt aroma but a bit of a watery bitter taste. 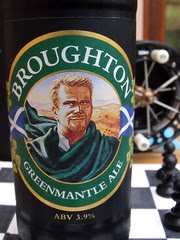