Three of the First Beers

Well looking back at the beginning of the photo quest, back in 2007, it seems to have taken me a few weeks before I did my first British beer tasting. Anyway here are three of the earliest beers I took photos of. Of course just in case you didn't know, these are my first beer photos not my first beers. Saying that, it is only a few years longer than this, that I have been trying new beers in earnest, before this I just drank whatever there was on offer and that was usually northern beers. 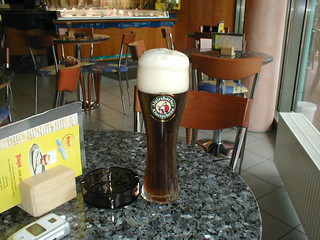 5.2% dark colour with a very good head, malty and hoppy aroma, malty yeast taste. Drank in Bad Liebenzell in the Black Forest of Germany. Looks like a good pint of draught Camerons Strongarm and although it was slightly watery than the Strongarm, it was quite good. 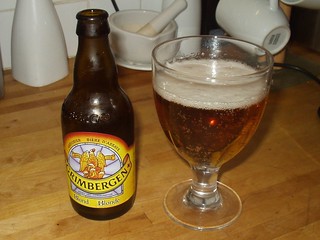 6.7%, golden colour with a thin head, sweet aroma and fruity malty taste, a really nice abbey beer. This beer is now one of my favourites and I buy it whenever I see it at a descent price, as are some of the other beers from Grimbergen. See here 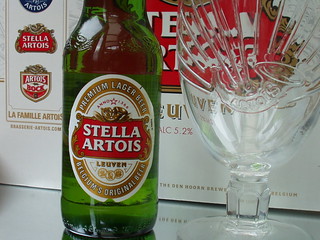 5.2% golden colour with a thin head, slight malt aroma and taste, slightly over carbonated for my taste but refreshing. A present from my brother Mick, I am a beer man through and through but I think Stella Artois has been getting a lot of bad comments lately. For what the English call a lager, its not one of the of the worst, in fact it is one of the better ones, speaking as a beer drinker anyway.
Posted by ralph-dot at 11:13 No comments:

Still slow at this but here are the three new beers I had last weekend. 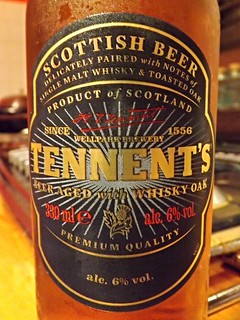 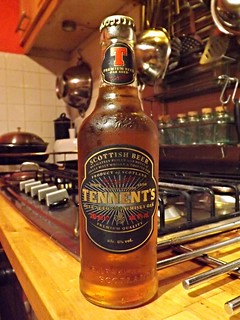 6.0% gold colour with no head, malt and whisky aroma, tastes strong with a slightly sweet after taste, not as good as I thought it would be. The Innis & Gunn, Original also from Scotland is far superior. 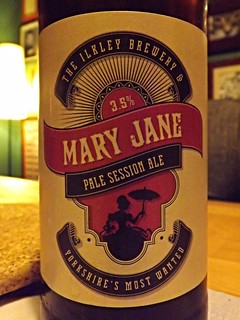 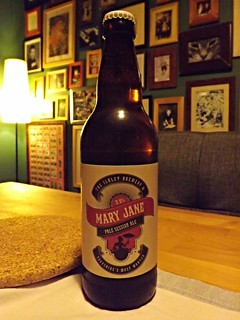 3.5% gold colour with a thin head, hop aroma, citrus hop taste, very average, by that I mean it was as average as every other 3.5% bitter in England, although it was more hoppy than usual. 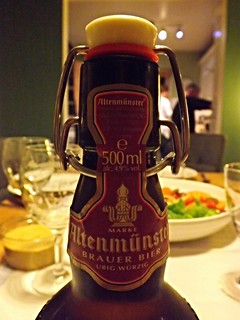 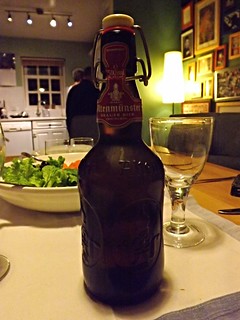 4.9% pale yellow with a thin head, smells and tastes like a good lager and that was it, just an ordinary lager.
Posted by ralph-dot at 15:18 No comments: