Time to review the beers from our recent short holiday in Scotland.

The first night in Melrose we tried four of the bars, The Station Hotel, a very comfortable bar but the selection of beer was very poor and the one bitter they did have was not nice at all.  Next it was the Ship Inn, strange name for a pub so far from the sea and their beer selection was even worse but it was very popular. 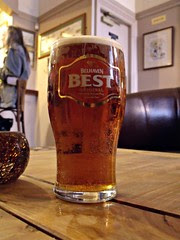 3.5% pale amber colour with a thin head, low in aroma, the taste is not good, sort of fusty and tart, I will not be giving this one another go.

Tempest, Into The Light from Scotland 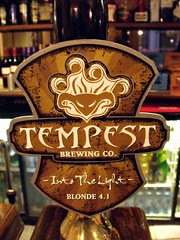 4.1% golden colour with a nice head, citrus hop aroma and a nice fruity citrus hop taste, what a contrast to the last one, I had several of these over the holiday. 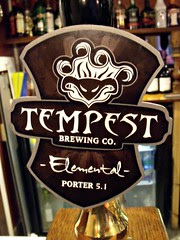 5.1% black with a good head, roast malt aroma, smooth roast malt taste, I had a full night on it, so it must be good. 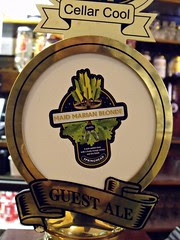 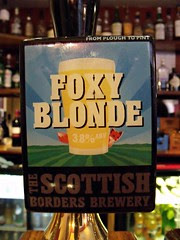 3.8% slightly hazy cold colour with a good head, hoppy aroma, nice citrus hop taste, this style of beer is becoming a theme for this holiday but I am not complaining.

We did have other beers but I had either had them before or didn't manage to get a photo, I did have one can but wish I hadn't. 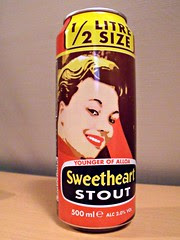 2.0% black with a thin head, strange but sweet aroma, sweet lemonade and fruit drink taste, very odd.   I obviously didn't read the can before I bought this but I will not make the same mistake again, well not with this one anyway.

The rest of the Scotland Trip write-up can be viewed starting here.
Posted by ralph-dot at 09:45 No comments:

We got a Groupon room deal, that we used to have a night away for my birthday but didn't manage any new beers. The Hunley Hotel & Golf Club is not very far from home and the plan was to spend the day in Saltburn, have drinks and a meal back at the hotel then have the next day in Whitby.

Well that didn't work out, Dot was invited to a wedding evening do on the same day and the venue was only seven mile from the hotel. So we changed our plans.

The original plan would not have worked out anyway, it started to snow really hard on the drive there, so a walk in Saltburn would have been out of the question.

Check in was at three, so I had booked Sunday lunch in the restaurant for two, we arrived early and had a beer in the bar while we waited. There should have been great views of the coast from the bar and restaurant but the heavy snow put paid to that.

The beer was John Smith's, Magnet from England, 4.2% dark amber with a good head, not much but a slight malt aroma, fruity bitter taste, least expensive and best of the John Smith's range (according to this upside down world, it is not even brewed by John Smith's but my home town brewery, Camerons, no wonder I like it). 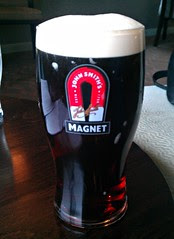 Had another beer with lunch and then relaxed in the room watching rugby until it was time for the taxi to Gisborough Hall for the do, had a couple of beers in the room as well.

Great do, not a great selection of beer but had a really good time but we had booked the return taxi too early and then left it too late to change it.   Even then, when we arrived back at the hotel we were the only people in the bar, so we only had one more beer before bed.
Posted by ralph-dot at 19:13 No comments:

Here is the review from the Saturday before the week we had in Scotland (still have to do the beers from that trip) and the day before my birthday. As usual we where at Jon and Lorraine's for beer tasting and a tasty supper, it's about time is was our turn.

First we had, Phoenix Beverages Group, Blue Marlin from Mauritius 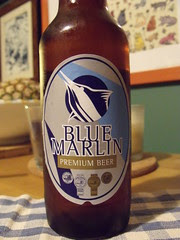 6.0% gold colour with a thin head, very little aroma, sweet malt taste with a bitter aftertaste, my first beer from Mauritius and it was quite nice.

Next was one I picked up in a good beer shop in Ripon, United Lager, no idea who made it or where it came from, it is not the United Lager that I can find on the net. 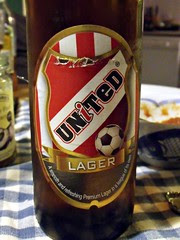 3.0% pale yellow colour with no head, no aroma, sweet watery nonediscript taste, the best I can say is that it was very cheap though.

Wadworth, Malt & Hops form England, was a big improvement on the last one. 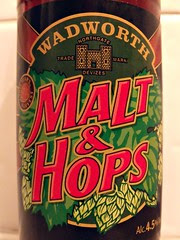 4.5% amber colour with a thin head, malt and hops aroma, zesty cirus caramel and mixed fruits taste, very nice but I suppose anything would have been better than the last beer.

I had high expectations of this next beer, Wychwood, King Goblin from England, hoping it would be as good as their Hobgoblin. 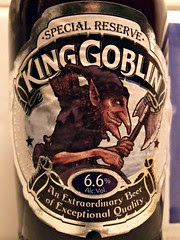 6.6% deep amber with a nice head, burnt malt aroma, very complex bitter taste (that means that I do not have the ability to describe it), anyway I was not disappointed, it was very nice beer.

The last new beer of the night, Fuller's, Mighty Atom from England, was yet another of those new lower alcohol beers. 2.8% amber colour with a thin head, hop aroma, citrus hop taste, not bad for what it is.

To finish the nigh, we had an old favourite Grimbergen, Double from Belgium, we have the blonde quite often but the double was a treat. 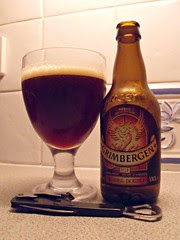 Need to Catch Up

I am way behind with my blogging and will have to put some effort into catching up soon.  I have a couple of Saturday night beers to write about, also beers from a trip to Scotland and whatever comes up before I get all that done.

Yesterday we had a trip out to Barnard Castle, where I got three new beers and a nice beer glass in a charity shop, so there is even more to do, must get started but the sun is shining and we do not see that very often  here. 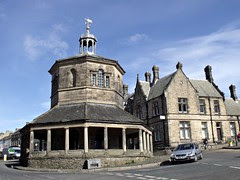