From the Chimay web site in italics,  Chimay is an authentic Trappist beer. That means that it is brewed within the walls of a Trappist monastery under the control and responsibility of the community of monks, and whose revenue is devoted to social service.

The monks of Scourmont Abbey in Chimay belong to the Order of Cistercians of the Strict Observance, usually called Trappists. These monks follow the Rule of St. Benedict (dating back to the 6th century), taking their name "Cistercians" from the monastery of Cîteaux, founded in Burgundy in the 12th century.

During the summer of 1850, a small group of monks established themselves on the wild plateau of Scourmont near Chimay. Around the monastery a farm, a brewery, and a cheese plant came to be. 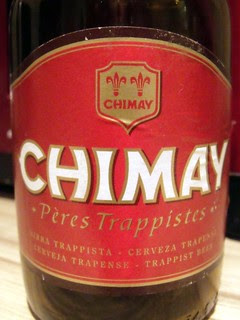 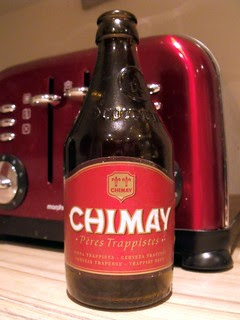 The Chimay "Première" was the first beer brewed at the Notre-Dame de Scourmont Abbey by the Trappist fathers in 1862.

Its current recipe was crafted by Father Théodore when he recreated the brewery after World War II. He was directly inspired by the original recipes from the beginnings of the brewery. 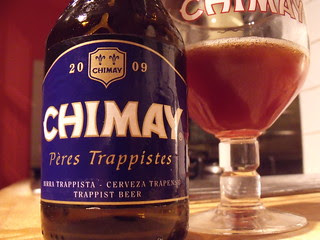 Christmas 1948, creation of the Christmas beer that will later become Chimay Blue. 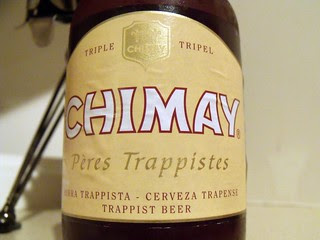 8.0% cloudy pale yellow with a very thin head, could not identify the aroma so I will say it was complex and fruity, fruity malty caramel taste, very good beer.

Just back from a long weekend at Whinfell Forest Center Parcs, Cumbria, the draught beer selection there was limited but I have to admit, they had a good selection of bottled beers in the shop. As part of the good selection they had many local Cumbria beers on offer from two breweries. Although none were new to me, I have not reviewed all them here, before now.

The Beers from the Tirril Brewery are reviewed here,  the brewery is based in Long Marton, near Appleby-in-Westmorland, Cumbria.

By coincidence the six beer on sale in the Center Parcs shop were the same six of the ten made by Hesket Newmarket that I have already sampled. 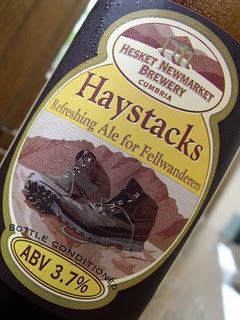 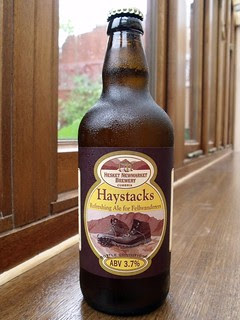 3.7% pale gold colour with a thin head, citrus aroma and as the bottle says it has a zesty taste.

Haystacks is situated at the south-eastern end of the Buttermere Valley and is where the ashes of Alfred Wainwright were scattered near Innominate Tarn. Wainwright stated that “for beauty, variety and interesting detail, for sheer fascination and unique individuality, the summit area of Haystacks is supreme. This is in fact the best fell-top of all”. 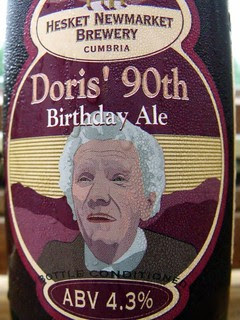 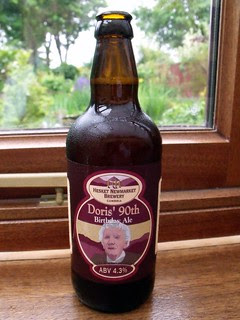 Jim Fearnley, the founder of Hesket Newmarket Brewery, prepared an experimental full malt beer for his mother-in-law's 90th birthday party at the Old Crown on 12th September 1989. The intention was to call it Doris' 90th Birthday Ale for one night only and then rename it, as is the custom for the brewery, after a northern Lake District Fell. However, the name stuck and Doris has become famous amongst real ale drinkers. When Prince Charles visited the village, brewery and pub he drank Doris' 90th. 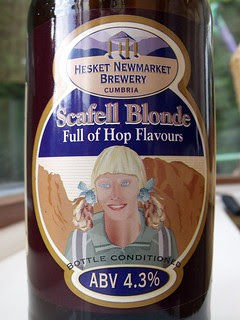 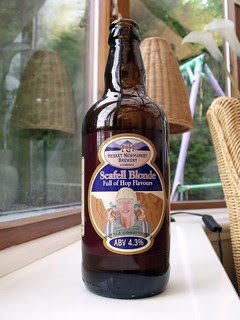 4.3% gold colour with no head, slight hop aroma, slightly bitter a bit watery and a bit like French hot weather beer but strangely satisfying.  Is that Denise van Outen on the label?

Scafell is the second highest mountain in England. Although not quite as high as its neighbour, Scafell Pike, it is the more difficult fell to climb. The scenery is rocky and impressive. Alfred Wainwright noted that “Many folk today, even with the added knowledge that the main Pike is not only higher but actually the highest land in the country, share the old opinion that Scafell is the superior mountain of the group”. 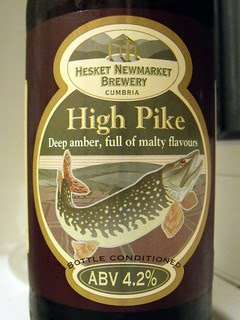 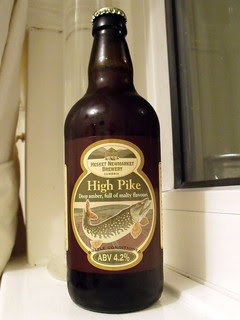 High Pike, the most northerly of the Lakeland fells over 2,000ft, is one of our very local fells. Like many of the fells in this area it has been extensively mined and Elizabeth I said “Caldbeck Fells are worth all England else”. The summit has an interesting feature – a slate bench. It is also used as a beacon and a fire is lit to celebrate important occasions. There is a fine view of the Solway Firth and the Scottish Border hills. 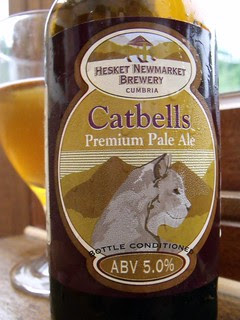 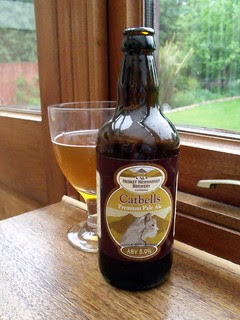 5.0% gold colour with a poor head, malt aroma and a bitter sweet malt taste, not sure about it but I think I like it.

Catbells is situated on the western shore of Derwent Water and is within easy reach of Keswick. It is one of the most popular fells in the area. Alfred Wainwright described Catbells as “One of the great favourites, a family fell where grandmothers and infants can climb the heights together, a place beloved”. The fell’s name is thought to be derived from “Cat Bields” meaning shelter of the wild cat. 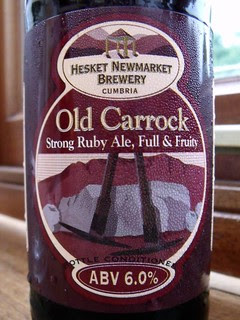 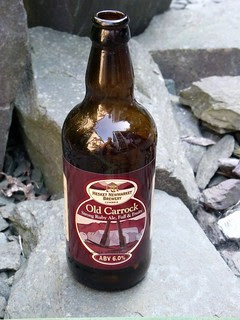 Carrock Fell is one of our very local fells. The fell’s name means “Rocky Fell” and is a combination of the Old Welsh “carrec” and the Old Norse “fjall”. Alfred Wainwright rated Carrock Fell as the second most exciting and interesting fell in the northern area of the Lake District, Blencathra and Skiddaw coming first and third respectively. Carrock Fell is unique in the Lake District because it is predominantly composed of Gabbro. The fell is rich in mineral ores and was mined extensively for many centuries. It is the site of an Iron Age hill fort.
Posted by ralph-dot at 19:52 No comments: