On Saturday we had a couple of new beers with the England v Spain friendly match. England apparently, had no chance of winning against the best team in the world but we did anyway 1 - 0.

The first beer, was only made for last years World Cup but there are still a few kicking about. 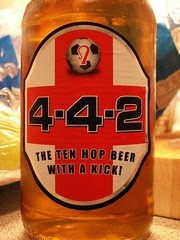 4.0% gold colour with a poor head, citrus hop aroma and taste, slightly too much hop, for me. Not the best beer in the world, more just a gimmick for the tournament.

The next one was only slightly better. 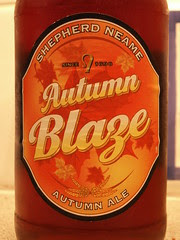