We had four relatively big local breweries, Nimmo in Castle Eden, Vaux in Sunderland, Camerons in Hartlepool and Newcastle in (yes you are right) Newcastle.  All of them were sold off at one time or another and Vaux and Nimmo are now closed down completely.

Saying that you can still get all of their top selling beers.  There are other brewers in the North East but they are relatively new, this is for the older beers that where available when I was a kid on Teesside.

Here are the top beers from these four brewers, of course the reviews are on the beers as they are now. 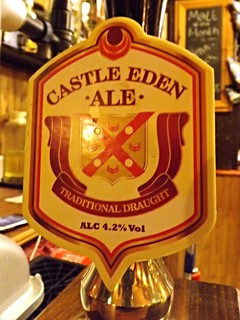 4.2% pale amber with a good head, some fruitiness in the aroma, an average bitter beer but not bad at all, now brewed by Camerons in Hartlepool. 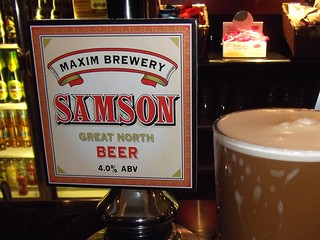 4.0%, good head, fruity aroma and a sweet fruity malt taste, was one of my favourite draught beers, until the Vaux brewery in Sunderland was closed and demolished in 1999. It was resurrected by a company called The Double Maxim Beer Company now just Maxim and is sweeter than I remembered. 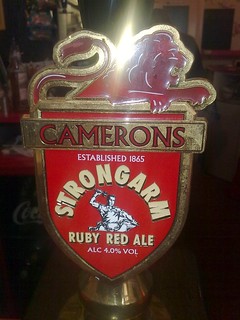 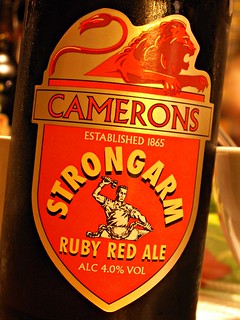 4.0% ruby red colour with a very good head, fruity malt aroma, fruity caramel bitter taste, also good in bottles. My hometown beer, you love it or hate it, I love it. 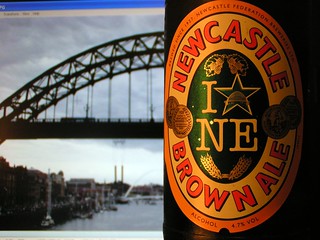 4.7% brown in colour with a thin head, no detectable aroma, slightly sweet with a hint of caramel, over carbonated and for me has an odd after taste, not quite as bad as I remembered but not worthy of its reputation, I will not be buying it again, only bought this one as it was on offer and for the photo. Shame to slag off a local beer but then again it isn't local any more, now only made in Tadcaster, Yorkshire
Posted by ralph-dot at 15:10 No comments: