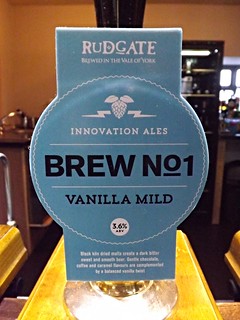 3.6% black colour with a nice head, sweet vanilla aroma and a sweet vanilla taste, it was slightly too sweet for me, but not too bad. 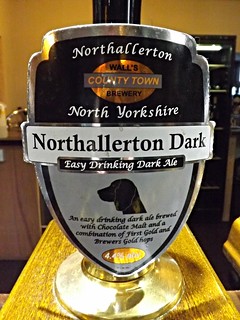 4.4% dark colour with a very good head, not much aroma but a mild bitter taste, not a bed beer. 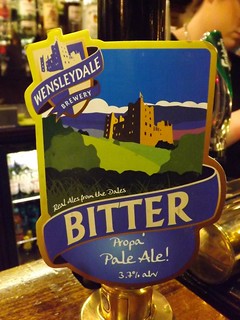 3.7% very pale gold colour with a good head, some lemon in the aroma and taste, not bad at all. 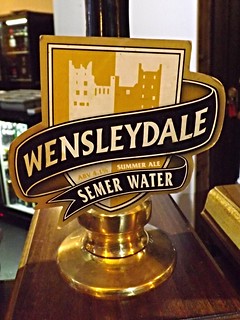 If I have done these beers before, I can not find them but sorry if I have.

Thirsk in a cabin

A day after we arrived back from Warwick we sett off again for the Hoseasons, Woodland Lakes Lodges, just outside Thirsk.  I didn't have many new beers that week but the draught ones I did have are listed here in the writ up. I do have loads of bottled beers though and will cover them as we drink them.

Day one, Monday 6th of July

We got everything ready and set of down the A19 to Thirsk, where we stopped off at Tesco there, as we were too early to check in. It was almost time when we finished shopping so we went straight there, it's about three miles by road to the cabins. Dot checked us in, then we drove round to the car park and carried our stuff to the cabin. The weather was very on and off and the hot tub was out in the wet. 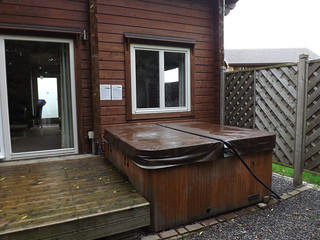 So we didn't go in yet, we got ready and walked over to the bar to see what the food looked like. The bar was very nice but was only open two days while we were there, tonight and Wednesday, it also closed very early (at eight or nine I think). The beer and food were alright though and we really liked it, shame that tonight was the only time we could use it. 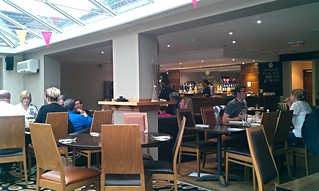 By the time we walked back to the cabin it had stopped raining and Dot decided to go into hot tub, I decided to have a go as well. 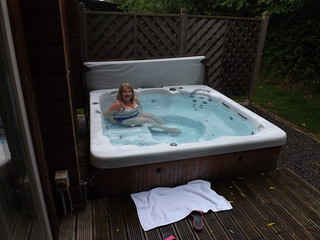 After breakfast Dot was in the pool again while I sat and stuck to reading my book. The weather was much better than the previous day and the sun was shining, so we just did nothing most of the day. 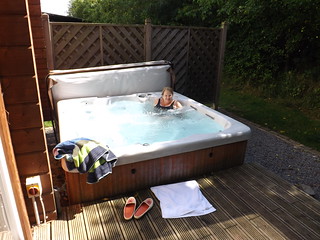 Latter on the afternoon we went for a drive though and ended up in Ripon and had a good wander round the shops. I got a load of beers and had to take them back to the car as they weighed far too much to carry. But then I bought even more and had to carry it around with me. 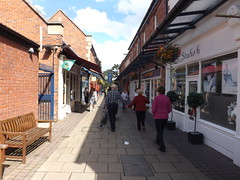 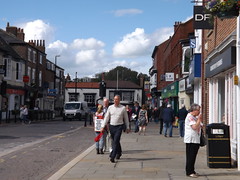 Ripon is very good for beers as there are at least three very good shops in the centre. The biggest of these being Booths and they are great with beer stocks. We also got a nice beer glass from one of the other shops.

We were going to have tea there but it was still a bit early, so we drove back to Thirsk and had tea in the Spoons, The Three Tuns. I did have one new beer in there. 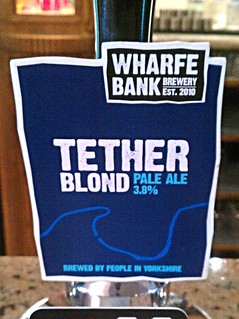 3.8% gold colour with a nice head, not too bad but a bit too hoppy and I an getting sick of hoppy beers.

After tea we made our way back to the cabin and again Dot went into the pool, I also had to have a dip.

Dot was making very good use of the hot tub and was in again on the morning.

That afternoon we had to get back to Ingleby Barwick for the girls school play and we were going early to help them get sorted. We left Thirsk on the A19 only to get stuck in traffic as soon as we joined. I took a chance and took the first turning of the A19. We were very lucky, as the road went straight to the back road to Northallerton and then to Ingleby Barwick. It took some time but we had no idea how long the A19 was closed.

Anyway we got there on time and the school show of the Wizard of Oz was fantastic, Georgia was Dorothy and Emily was the Lion. 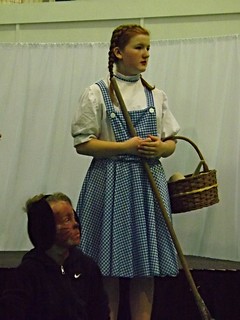 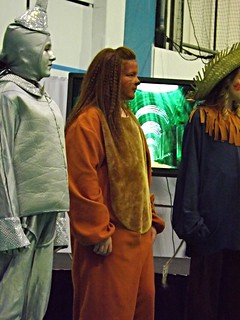 Afterwords we drove back to Thirsk and instead of going to Spoons for super we went to one of the Italian takeaways and got a pizza to take back to the van.

After breakfast we went for a walk around the site, for a look at the cabins and I like the older ones a lot more that the newer stuff. Even though ours was relatively small. 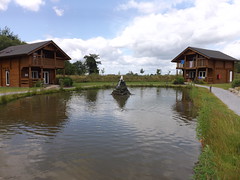 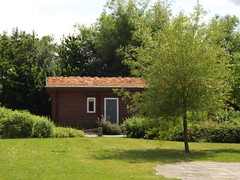 We then went off into Thirsk and Tesco (or was it Lidl, it's opposite Tesco), to get stuff for a BBQ for tea. Only we had to cook everything on the cooker and the oven wasn't working properly (just remembered and I forgot to report that). 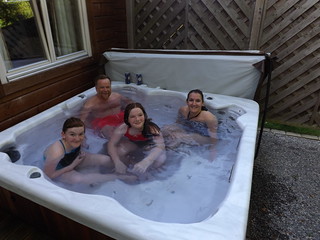 After the others left, Dot was back in the tub and so was I.

We had to be out of the cabin fairly early this morning so all we did was have breakfast and set off. We were not going straight home but set off for a drive around the northern dales. 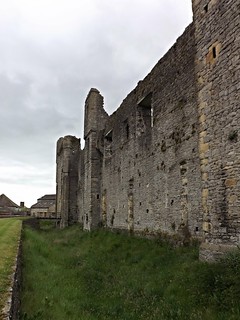 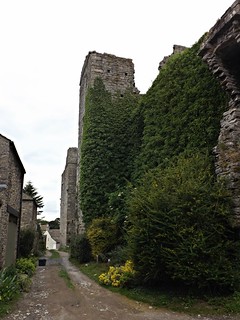 From there we drove on to Layburn not far away but when we got there, the market was on there and it was practically impossible to get parked. So we just drove on Richmond, were again our usual parking place was also full, anyway we just parked somewhere else and walked in to town.

After a nice walk around and a look in most of the shops we looked for somewhere to eat. We chose the Wetherspoon's, now this is something we have noticed, some of the Spoon's are very nice indeed but a few, are not that nice, this was one of the not very nice ones. I assume it must just be the landlord but we will probably give it a miss next time. In the last two weeks we have been in three Wetherspoon's, one was very nice (Thirsk), one was iffy but only service (Warwick) and the third was not very nice (Richmond). I am not giving up on Wetherspoon's, as most are very good (especially for drinking) but I do think management need to take a look at some of them.

After our visit to Richmond, we just drove home.