Four new beers this week, although one is an old favorite with a new strength (the strength did rise quite a while ago but I only just noticed). 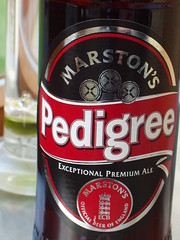 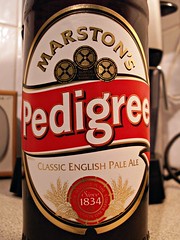 The old one was 4.5%, the new is 5.0%, not much differences in taste, although the new one may be a bit sweeter. the new 5.0%, deep amber colour with a thin head, aroma is malt, taste is malt, liquorice and toffee with a sweet aftertaste of refreshers.

The next on is also one I have had before, on draught in Durham, it was good then so worth trying in bottles. 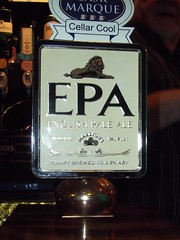 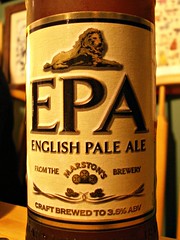 3.6% golden colour with a good head, fruity hop aroma, citrus hop taste, it was as good in bottles as it was on draught and at 3.6%, it just goes to prove, beer doesn't have to be strong to be good.

Next, Robinsons, Unicorn from England 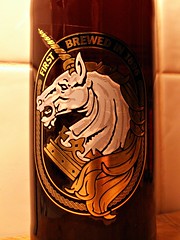 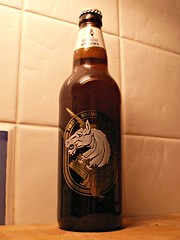 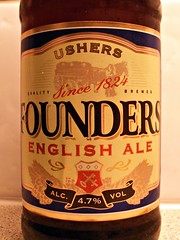 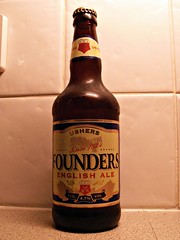 4.7% deep amber colour with a thin head, low in aroma, taste is malt and hop, an ok bitter. It is possibly better than is sounds here but the other beers were all better on the night.
Posted by ralph-dot at 21:48