Did you know I had a beer photo in a book, a proper book, 300 Beers to try Before you Die!

My photo of St. Sylvestre, 3 Monts from France, is included in the CAMRA (campaign for real ale) Book, 300 Beers to try Before you Die! by Roger Protz. I was contacted by them to ask if they could use my photo, they had seen it on Flickr and needed one for the new edition. I agreed and got a complimentary copy of the book as soon as it was published. 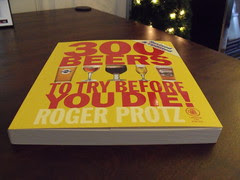 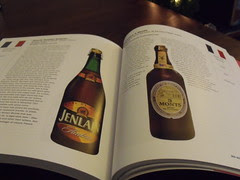 Since then I have been having a go at trying to collect all of the 300, I haven't been very successful, only got about a third up to now but the quest continues. 300 Beers to try Before you Die!

As for the beer well, at 8.5% a light gold colour with a thin head, it had a slightly sweet aroma, a fruity taste and it felt strong, it was very nice though. 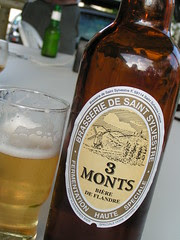 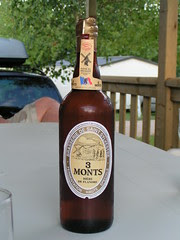