Well I am back after a Christmas break from bogging (and a broken computer), and also a couple of short drinking trips to York.

I am going to do a couple of blogs on Christmas Beers. Seasonal beers were not always readily available in the UK but over the last few years they have been making a comeback. I think it could have something to do with the resurgence of small independent brewers. Of course, I could be wrong but I have never noticed so many seasonal beers before the last few years.

Now the first thing I have to mention is, that just giving a brew a festive name and label, doesn't mean that it will taste any different from any other everyday beer. Some are very ordinary indeed, while others invoke feelings of warmth and memories of the tastes of Christmas past.

I will start with the three seasonal beers I had on our last trip to York. 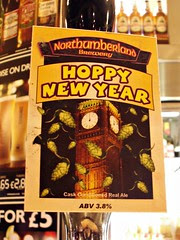 3.8% amber colour with a good head, hop aroma, hop and malt taste, not very festive at all, probably brewed for drinking in large quantities on new years eve but even then I would not have wanted more than one. 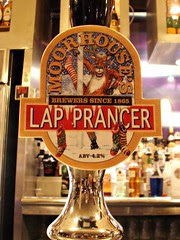 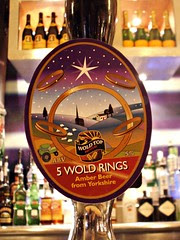 I have had better and worse Christmas Beers, more to come in the next blog.
Posted by ralph-dot at 11:04